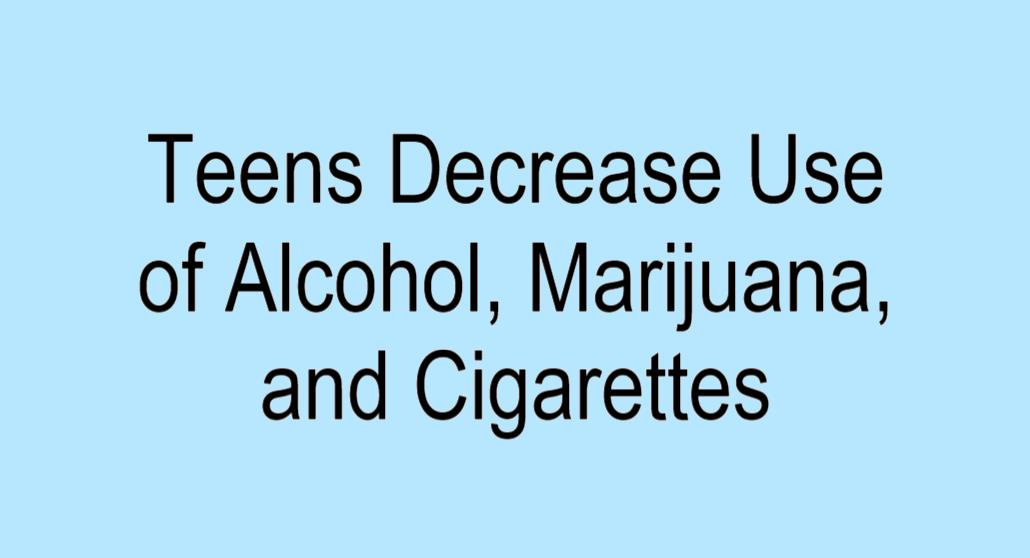 Background And Objectives: Adolescent substance use is a prevalent modifiable health behavior; understanding long-term trends is essential to inform prevention efforts and public health policy. We investigated changes in the proportion of substance nonuse among adolescents over a 40-year period and associations between abstinence and individual risk and protective factors.

Results: The prevalence of abstaining seniors between 1976 and 2014 increased fivefold for lifetime abstinence and more than doubled for past 30 days; similar increases were reported by younger students between 1991 and 2014. Trend lines were distinct for alcohol, which increased steadily over the past 38 years; tobacco, which increased dramatically over the past 20 years; and marijuana and illicit drugs, which increased slightly, although not consistently, between 1976 and 2014. In 2014, students that identified as male, African American, or other race and those who reported greater religious commitment were significantly more likely to report lifetime abstinence. Students that lived in single-parent households, spent more evenings out, worked more hours during the school year, and reported lower grades and more truancy had lower abstinence rates.

Conclusions: Abstinence is a realistic choice for a growing proportion of high school students. With the differences in abstinence trends for individual substances, we suggest strategies for advancing prevention efforts.

Copyright © 2018 by the American Academy of Pediatrics